Candyman is coming back and I’m shooketh!

Jordan Peele is producing a contemporary and “spiritual sequel” to the 1992 horror film starring Tony Todd and Nia Dacosta has been tapped as the director.

Nia is a New York City-based writer and director whose first feature film, Little Woods, starring Tessa Thompson and Lily James, made its world premiere at the Tribeca Film Festival in April.

For the youngins out there –

The original movie adapted the Clive Barker story The Forbidden and told of the legend of the Candyman, a murdered son of a slave who is now a supernatural killer, and his unique relationship with a white grad student working on a thesis on urban legends, all set against the backdrop of a poor Chicago housing project.

In a statement, Jordan Peele said:

The original was a landmark film for black representation in the horror genre.

Alongside Night of the Living Dead, Candyman was a major inspiration for me as a filmmaker, and to have a bold new talent like Nia at the helm of this project is truly exciting.

We are honored to bring the next chapter in the Candyman canon to life and eager to provide new audiences with an entry point to Clive Barker’s legend.

Jordan Peele’s version of Candyman is slated to arrive on June 12, 2020.

I’m gone have to pray about this one. Cause writing this post about the film gave me anxiety. 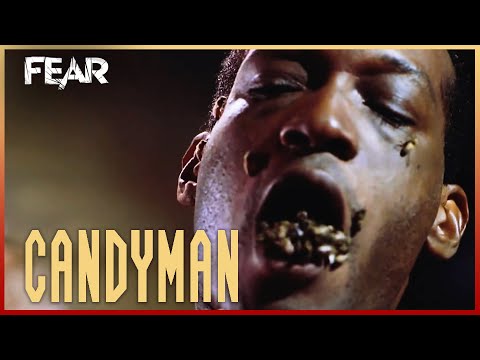 Fun Fact: In the original film, Candyman terrorized the Cabrini-Green projects in Chicago, which is the same place the Evans family lived in “Good Times.”

WATCH: Meek Mill Chats With Ellen About Prison Reform & Watching Her In Jail