Jacquees is a happy-go-lucky youngin in the R&B game and he stirred up a lot of fuss when he proclaimed to be the current “King” of Rhythm and Blues.

But, over-the-weekend, Keith Sweat, who is an OG in the R&B game had to pump Jacquees brakes when he let his ego get the best of him.

TMZ cameras approached Keith backstage at the V-103 Winterfest concert to talk about the King of R&B debate.

When Jacquees heard the word “King,” he immediately ran over and interrupted the interview with his two cents.

Keith Sweat later scolded Jacquees and made him apologize. 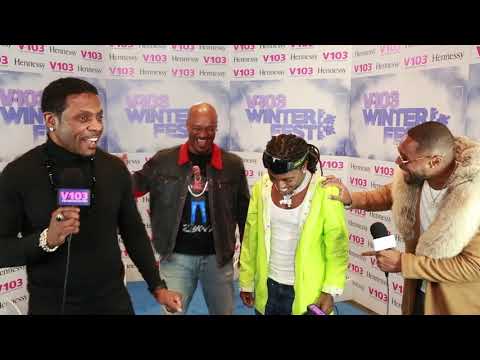 Jacquees is free to think he’s whatever he wants to be. He can be a magician too – if his heart so desires. But, let’s keep it cute and respectful.

Rosa Parks Biopic In The Works At Winter State Entertainment