Joey Meek, friend of Dylann Roof, stood in court on Tuesday and cried as he was sentenced to 27 months in prison for failing to report his buddy’s plans to massacre innocent black people at a Charleston church.

“I don’t know if I will make it out of prison alive. I’m scared,” Meek told the court during the sentencing hearing, according to CNN affiliate WCSC.

“I’m sorry from the bottom of my heart,” he said. “(I) really wish I would have called the cops.”
Meek, who has been free on bond, also was sentenced to one year of supervised release. He asked to serve his sentence at the Federal Correctional Institution near relatives in Edgefield, South Carolina, his attorney told WCSC.

No one spoke at the hearing on behalf of the victims or their families, the station reported.

Meek was not accused of having a direct role in the June 17, 2015, slaying of nine people at the historic Emanuel African Methodist Episcopal Church in Charleston. Roof, 22, was found guilty of those killings in federal court and has been sentenced to death.

Federal prosecutors said Meek told friends and family members about the shooting that night but tried to prevent them from coming forward.

If you ask me 27 months is way to lenient. 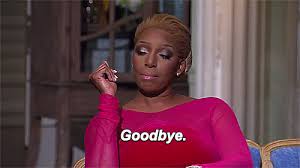