There is nothing like being a blessing to someone else.

Wendy Williams recently sat down with legendary Hip Hop journalist Dee Barnes, who opened up about the vicious attack she suffered at the hands of Dr. Dre 28 years ago.

Dee, who seemingly has been blackballed in the industry following the attack, recently launched a GoFundMe to raise money to stop an eviction.

Although I am very familiar with the story of Dr. Dre’s attack on Dee and what allegedly prompted him to do such a heinous act, there was a moment during her interview on “Wendy” that hurt me to my heart.

Let me back up for a second for those who may not know….

It was an interview Dee did with Ice Cube after he left N.W.A. that led to her being attacked by Dre.

Watch a clip below. 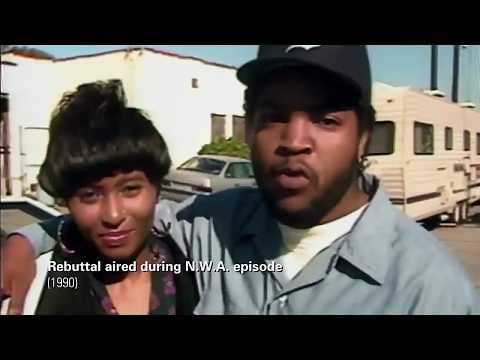 After the interview aired, Dee ended up at the same Hollywood party as Dre and that’s when he viciously attacked her.

Dee Barnes recalled the moment she retreated to a women’s restroom after Dr. Dre attacked her. She went on to say he followed her into the bathroom and continued to assault her.

When Wendy asked if he sexually assaulted her, Dee fell silent. She eventually said, “I’m not comfortable talking about everything right now.”

Her silence as deafening.

Following the attack, Dee filed assault charges against Dre and sued him for $22.75 million.

Dre pleaded no contest to the assault. He was placed on probation for two years, ordered to perform 240 hours of community service and he was fined $2,500. A slap on the wrist.

He settled the lawsuit with Dee for an undisclosed amount.

In August of 2015, Dr. Dre released a statement apologizing to the women he’s hurt.

Twenty-five years ago I was a young man drinking too much and in over my head with no real structure in my life. However, none of this is an excuse for what I did. I’ve been married for 19 years and every day I’m working to be a better man for my family, seeking guidance along the way. I’m doing everything I can so I never resemble that man again.

I apologize to the women I’ve hurt. I deeply regret what I did and know that it has forever impacted all of our lives.

Wendy, who is starting a new chapter in her life, appears to be helping others do the same because she, in partnership with HotelPlanner.com, gave Dee Barnes $15,000 towards housing.

But, that’s not all…Wendy offered Dee a publishing deal for the book she’s working on as well as a movie deal based on the book she planning to release.

Watch the full interview below, which was surprisingly not republished by the “Wendy Show.” ?